Song of the Day: Time to Move On

Somebody said “Time to move on” to me today and it immediately made me think of one of my favorite songs of all time:

The thing that I love about this song is that whenever I hear it, it conjures up a crystal clear image for me. Right from the opening bars, I see a car traveling along a highway in the very early light of dawn. The highway traverses open fields and farmlands. The car’s passengers are on the way to the airport. This reminds me of being a little kid and leaving very early, sometimes while it was still dark, to get on a plane and travel somewhere far away. Even as a small child I loved those moments in time — the excitement and the adventure of an impending, unknown voyage.

“What lies ahead, I have no way of knowing…”

Song of the Day: The Unforgiven 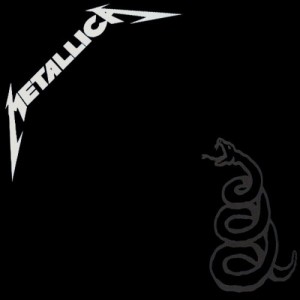 I must admit that until I saw them up on the Grammys stage with classical pianist Lang Lang last Sunday night, I had completely forgotten about Metallica.

Or maybe I had just blocked them out since I find Lars Ulrich to be one of the most annoying people on earth. I think it was the whole Napster situation. I understand that it sucks for artists, who have worked really hard to put a product out there, when people are downloading their stuff for free. For the record, I would like to mention that I pay for all of my music. Not everyone does, and that’s cool — for me it’s just a matter of principle. Besides, I’m a fucking adult now. I don’t have the time to be dicking around with illegal downloads.

Having said all that, I do think Lars was just too serious about the whole thing. Dude needs to lighten up. It’s not that his argument didn’t make sense, it was just his way of going about it that rubbed me the wrong way. But then, I don’t like it when anyone is overly militant in their views. I’m a lover not a fighter, y’all. Why can’t we all just get along?

Anyway, music politics notwithstanding, Metallica is one of the hugest metal acts of all time, and in fact one of the most commercially successful bands in rock & roll history (they’ve sold over 110 million albums worldwide). They didn’t get to where they are by sucking. Sure, it’s metal for the masses, but it’s good stuff.

Here’s some classic Metallica for you today:

You guys, I just can’t help it…I’m feeling a little — okay, a lot — of ’90s nostalgia today. It’s probably because of this slideshow I perused while sipping my morning tea. So many great shows! So many good songs! So many hideous fashion choices!

But you know who didn’t look hideous in the ’90s? Jay Kay, that’s who. That dude was one stylish mofo.

Confession: I secretly loved that look that British male pop stars were sporting in the mid ’90s — black jeans, Adidas sneaks, oversize zipped hoodies or military duffel coats. In fact, I haven’t really moved on – that’s pretty much the exact outfit I wore all last winter (albeit with a slightly skinnier jean – ya gotta roll with the times). 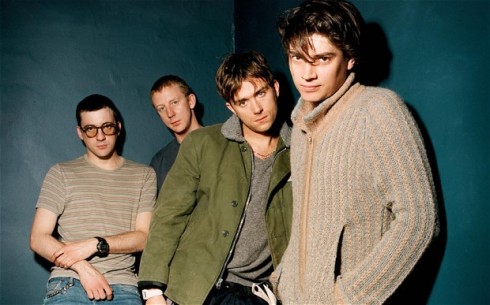 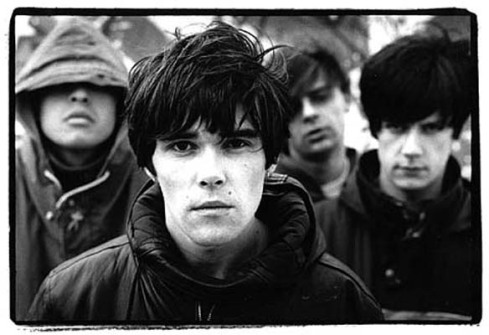 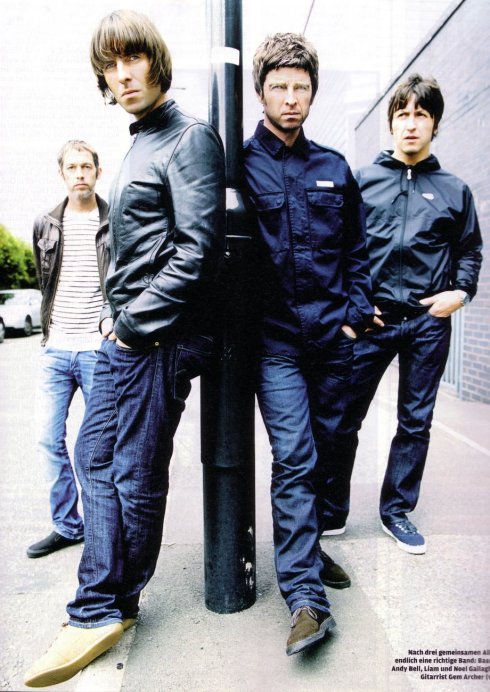 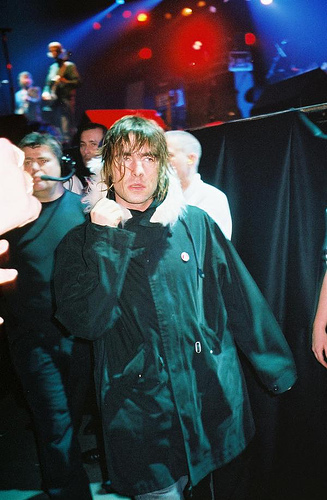 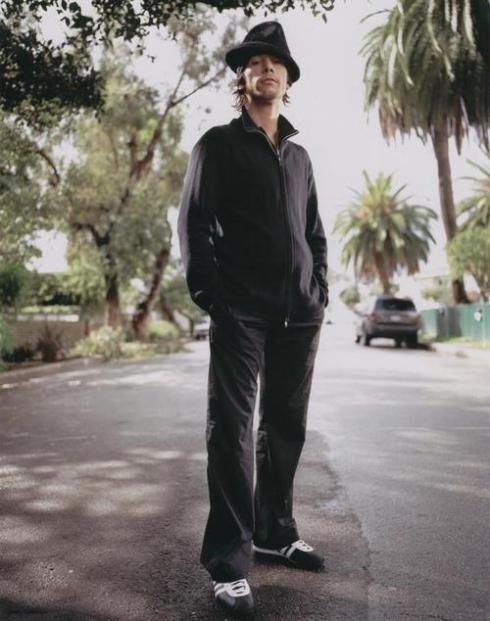 And just ‘cos I’m digging this ’90s vibe, here are some of my fav songs from that era. Enjoy!

You guys. I did something very exciting recently. I went to a ’90s themed dinner party, and it was awesome. The couple who hosted the party are celebrating their 20-YEAR* anniversary this year, so decided on a ’90s throwback theme. Everyone had to prepare a dish that was inspired by that decade, and we rocked out to ’90s tunes and reminisced over old pictures in which people were decked out in baggy jeans, plaid shirts, and Chuck Taylors (some things haven’t changed all that much in 20 years).

*Can we talk about this? Because this seems crazy to me! I mean, crazy in a super awesome way! These two have been dating since George Bush Sr. was president. WTF!!!

Anyway, I threw together a playlist for the event, which was probably the most fun I’ve had in a long time as it gave me a chance to revisit some old classics, including this gem:

Seriously, is this video not THE CHEESIEST THING YOU HAVE EVER SEEN? I remember when this tune was popular — it was always one of the slow songs at our school dances. I really can’t tell you the insane joy that this song brings to my life – it is the ultimate in guilty pleasures, and so much fun to sing along to. The early ’90s were really great for producing this type of song – essentially a continuation of the ’80s power ballad genre.

In fact, I think more young artists today should be producing power ballads. I’d like to start a ‘Bring Back the Power Ballad’ movement, as I feel that there is a considerable dearth of songs these days that allow you to close your eyes and earnestly belt out lines such as “I don’t wanna touch you too much baby/ ‘Cos making love to you might drive me crazy/ I know you think that love is the way you make it/ So I don’t wanna be there when you decide to break it” (Def Leppard, ‘Love Bites’, 1987).

Let’s make this happen, you guys. Who’s with me?

Anything Less Than the Best is a Felony

I hope you are sitting down, because I am about to blow your mind.

Somehow — and I truly, for the life of me cannot fathom how this happened — I managed to make it through the past 22 years without ever having seen this music video:

I know what you’re thinking — how did an oversight of such magnitude occur? The situation is nothing short of tragic. I mean, the song was released in 1990, so for 22 years I could have been reveling in the supreme awesomeness that is this video. And it’s not like I haven’t seen the cinematic gem Cool As Ice (which I will delve into further at a later date, as it obviously deserves it’s own post). Or the live performance of this song on Saturday Night Live, during which Vanilla Ice sported a truly magnificent jacket with ‘WORD TO YOUR MOTHA’ spelled out in diamond studs on the back — possibly the best piece of clothing worn by anyone, anywhere, in the history of time. Sadly, this is the only picture I could find of it: 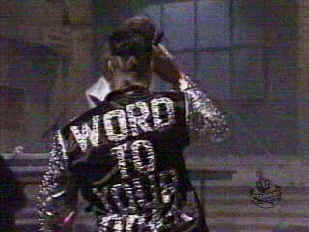 If you ever come across a jacket like this one, please buy it for me and I will love you forever x infinity

Seriously, I don’t understand why there aren’t multiple web sites devoted to this jacket. If ever there was a garment of clothing deserving of it’s own tumblr, surely it is this one.

Anyway…clearly I am familiar with the man’s oeuvre, is what I’m trying to say. So how the viewing of this video managed to elude me until now is truly a mystery for the ages. Now that I have seen it, it feels like a piece of me that had always been missing has fallen into place.

Also, I have come to an important conclusion. You know how people always daydream about what they would ask for if they could have one wish magically granted? I have decided what mine would be — I would wish for the dance skills necessary to perform the routine in this video from start to finish. Think of how often that ability would come in handy! Like, for example, if you found yourself in the middle of an impromptu dance-off. It is important to be prepared for such things. As a bonus, if you were ever feeling blue you could bust out these moves and instantly cheer yourself up.

As for my love of this video…will it ever stop? Yo, I don’t know. But I certainly hope not, because it is making me pretty happy. 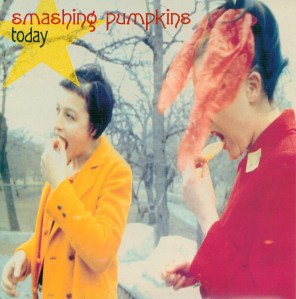 Happy Monday, kids, and welcome to a new column that we hope to post on a regular basis, entitled ‘Love At First Listen’.

There are some songs that grow on you. The first time you hear them you may not be completely blown away, but upon further listening you end up appreciating the nuances that, with any song, reveal themselves over time (an example of this for me is U2’s ‘Bullet the Blue Sky’). With others there may be an initial strong attraction, deepening gradually into love (most of my favorite songs fall into this category). Then there is the type of song that you fall for, head over heels, the moment that you first hear it. Love at first listen.

Probably the first time this ever happened to me was the fall of 1993. My friend Chris lent me his copy of The Smashing Pumpkins’ new record Siamese Dream (released in July of that year, but we were living in Singapore at the time and everything came out there a bit later). I remember, vividly, lying on my bedroom floor and pressing play. I liked the first two tracks, but as soon as song #3 started, after literally the very first bar, I thought to myself “This is it. I am in love”. And I was right. As the song progressed, it just kept getting better and better, and I listened along dreamily, stars in my eyes. I was a total goner. I must have played that song 20 more times that day, and had it on repeat over the following months.

The fact that Billy Corgan wrote the song about a day in which he was having suicidal thoughts, with lyrics of depression and self-mutilation, did nothing to diminish my ardor – in fact, being sixteen at the time and suffering myself from the requisite dose of depressive thoughts that go along with being a teenager (though no self-mutilation or suicidal ideation, thankfully), it made me feel less alone to know that there were other people experiencing similar emotions.

As is the case with any true love, my romance with this song continues to this day. It is still as relevant to me ‘Today’ as it was the first time I heard it.

How about you? What song did you fall for the first time you heard it?