Song of the Day: Sweet Disposition 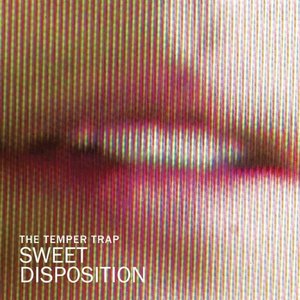 I heard this song, by Australian band The Temper Trap, recently on an episode of Greek (which is tragically now off the air, but I managed to record some episodes on my DVR and have been catching up on them this past week). Sweet Disposition plays during a scene in which one of the frat houses throws an epic End of the World party, during which Casey realizes that she’s still in love with her ex-boyfriend, lovable slacker Cappie. She breaks up with her current boyfriend Max and declares her love for Cappie, but he tells her it won’t work out between them. Luckily we know that he secretly still loves her too, because he sits on a rooftop looking melancholy while this song plays in the background. You will no doubt be reassured to know that Cappie and Casey do eventually end up together. I haven’t seen the rest of the seasons (damn you DVR for not taping anything past this episode!!) but I watch a lot of TV and I know how these things work. In teen-oriented dramas, the star-crossed main couple ALWAYS ends up together. It’s like a law or something (the only exception I can think of being Joey choosing Pacey instead of Dawson, but by then we were all rooting for Pacey anyway, amiright? Joshua Jackson, I LU, call me!)

ANYWAY. Sweet Disposition was used perfectly in this context since it’s exactly the type of song employed to great effect in television/movies (teen or otherwise) to express romantic longing, particularly the moment when a character comes to a realization about their feelings for someone. I am a complete sucker for these moments. If you’re reading this right now and thinking to yourself “God, Spencer is SUCH a girl,” you are absolutely correct. Hearing this song got me thinking about the best date I had in high school. It was with a boy I had a super huge crush on, and we watched Bill & Ted’s Excellent Adventure together. If that doesn’t sound particularly romantic to you, what can I say — I really love that movie. Not only is it a classic, it is now forever linked in my mind with that wonderful/horrible/excruciating feeling you get when you like someone and you aren’t sure if they like you…..but then YES! it turns out that they totally like you too and it is AWESOME. Sigh…

So that’s why Sweet Disposition is my song of the day — because it reminded me of lying on a couch with my high school crush watching one of the best movies of all time & wondering if he was going to kiss me (he did — YAY!) The ability to transport you back to an exact moment in time like that, now that’s the power of a great pop song.

1 Comment   |  tags: cinema classics, let's make out | posted in Song of the Day

You, you were on a moonbeam…

You guys! The long weekend is almost upon us!! This is most excellent news. I’d like to send a shout-out to good old Queen Victoria. Thanks for being born, lady!

Things have been pretty hectic around LTRV headquarters. It’s the beginning of cottage season (or what I like to call “the only time of the year that actually matters”) so we’ve been hightailing it out of town on the weekends, sans access to technology or internet connections. Sometimes a man’s just gotta hang out in the woods, y’know? As such, our posts have been a bit sparse of late. We promise to step things up in the upcoming weeks though. We have LOTS of good stories lined up for you, dear readers, and some book reviews on tap as well.

One thing we are very much looking forward to is NXNE, which kicks off on June 13th. We’re quite excited about the various free shows that’ll be taking place, including Devo and Men Without Hats at Yonge-Dundas Square on June 18th. In the spirit of this upcoming event, I am posting a video here for your enjoyment. This tune came out in ’87 and was one of 11-year-old Spencer’s fav songs. I used to listen to it on 64 Lite Rock, the Ottawa radio station of choice amongst my middle school peers (thanks to this station I also developed an early and enduring love of Bananarama, Rick Astley, and Gowan, among others).

Wishing you a happy & safe holiday long weekend! Don’t do anything we wouldn’t do! 😉

Have you ever had a moment when you’re listing to a song and you wonder “what’s he saying? I can barely hear him,” and then you think “who cares, I love it”. If you have had this experience, you’ve probably been listening to an inside singer.

You’ll never catch one of these guys complaining to the studio engineer or sound guy that they can’t hear themselves in the mix. They lack the LSD (Lead Singer Disease) gene that initiates that sort of behavior.

Inside singing requires lots of mumbling, whispering, and sighing, and most importantly a desire to be a part of the song, but not the main part.

Inside singers serve the song, sometimes cresting above the music – but never for long – and then retreating back into the mix, finding their safe place amongst the din of guitars and rhythm section.

Seeing inside singers live can be problematic. Your first thought may be “I can’t hear him”. It’s confusing, as we are conditioned to pay attention the singer in a band. So now what do you do? You become disoriented…who do you watch? Solution: watch them all, or better yet close your eyes – that’s when inside singing starts to make sense.

Here are some classic inside singers…listen closely… 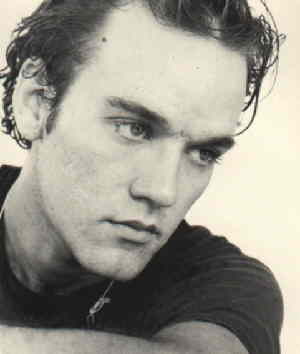 First and foremost is the king of mumbling, Mr. Indecipherable himself, Michael Stipe. The title of R.E.M.’s first album is “Murmur” and that is exactly what Stipe did throughout the record. You can catch word here or there, but for the most part his voice is hidden by chiming guitars or, more often, by his own intention. When you are able to discern a word or a verse it is satisfying, like finding a pearl in murky waters. It’s this very device that makes R.E.M.’s early albums so engaging — you feel his words without understanding them. Interestingly, though, on the band’s highest charting albums (Document, Green, Out Of Time and Automatic for the People) Stipe’s voice is way out front, articulate and audible.

END_OF_DOCUMENT_TOKEN_TO_BE_REPLACED

A Let Them Read Vinyl Exclusive: From the Mind of Alan Cross 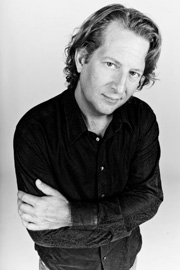 In my day job at Speakers’ Spotlight I am an agent for intellectual talent, which means I have the opportunity to meet and learn from some of the world’s most fascinating people. One of those folks is Alan Cross. Yes, the Alan Cross, Canada’s most esteemed musicologist.

The last time we chatted, towards the end of the discussion I simply couldn’t help myself – I had to ask him what his favourite songs and albums of all time were. Can you blame me? Music lovers are freaks about ‘Top 5’ lists and such, so to me not asking him would be like having Roger Ebert across from you and neglecting to ask what his favourite movie is.

So below are a few odds & sods culled straight from the mind of Alan Cross. Everything I could remember anyway. See how they stack up against your own favourites.  Many thanks and enjoy!

Best interview was with Courtney Love in 1998 in Beverley Hills at the
Chateau Marmont, where she lunged across the table at him for mentioning Billy Corgan.

His greatest live music moment was in 1987: Roger Waters was touring
his Radio KAOS album and during the show played a few Pink Floyd
songs. His moment occurred during ‘Mother’ from The Wall.

He said my belief that while the greatest song of all time will always
change, Surfin’ Bird by The Trashmen will always be the 2nd greatest
song ever recorded was ‘not wrong’.  I’d hoped for more than that but
I’ll take what I can get.

And finally I asked ‘Beatles or Rolling Stones?’

His answer: ‘Neither. The Who’.

2 Comments | posted in I Love Music 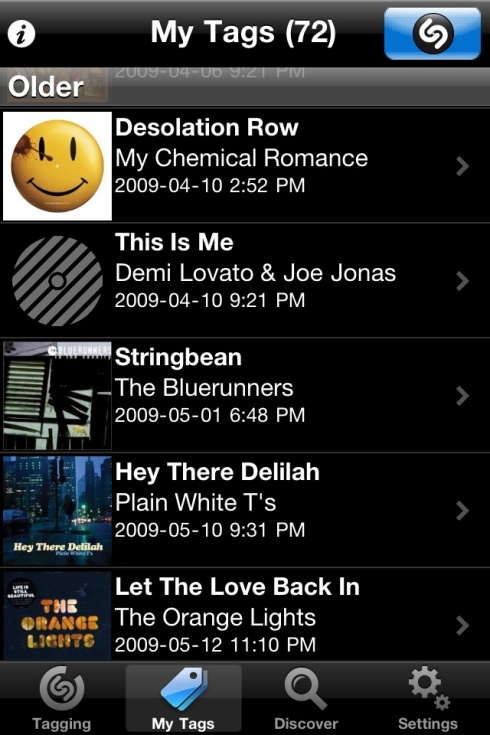 If you read my first Shazamit! post, you know how scared fascinated I am by “the computers” and the many ways in which they are slowly but surely taking over the world. Soon they will be doing all of our thinking for us. For now, they must content themselves with worming their way into our lives by performing dazzling tricks, such as instantly identifying random songs that we hear playing in the grocery store or Starbucks. This is actually a critically essential service. It’s very important when you hear a song to be able to find out immediately who the artist and album are so that you can go and buy it, thus further lining the pockets of Steve Jobs contributing to the convalescence of the global economy. Shazam even has a convenient link to iTunes. How helpful is that! Thank you, computers! I love you, and I fear you. Obviously a very healthy relationship.

Anyway, as previously mentioned, I use the Shazam app a lot. It has led me to some really good music over the years, and also some not-so-great songs. Working in chronological order from my previous list, here are my next 10 tags…