Get Yr Rage On

Soooooo…it’s been a bit of a tough week for your pal Spencer. The universe sent a couple of not-so-subtle f-you’s my way. A bit of a kick in the teeth, but they were also (I begrudgingly admit) kind of hilarious. The types of things where you’re just like “really…..?? haha. amazing”.

I do believe in signs, though, and even though these ones sucked, sometimes negative situations can be a catalyst for change. So here’s hoping for that.

In the meantime, I’ve been experiencing elevated levels of frustration and annoyance. How to deal with these sentiments? My methods for coping generally involve listening to angry and/or aggressive music, cranked up as loud as possible. Yeah I get dirty looks on the subway, and there is no way possible that I’m not damaging my eardrums, but I DON’T CARE. There’s something about listening to other people rage out that helps exorcise the demons of negativity.

With that in mind, here is a list, in random order, of some of my fav songs for anger management:

“How can hell be any worse when life alone is such a curse?”

Black Steel In the Hour of Chaos – Public Enemy

Bombtrack – Rage Against the Machine

Um, you guys? I think Zack de la Rocha might have been…kind of angry. Just a hunch.

Because sometimes you just need a full-on barrage of relentless noise punching you in the head to drown out the feelings of existential despair.

On the Way Up – Clown Alley

“So let’s not talk of love and flowers and things that don’t explode.”

A pleasing combination of aggressive riffs and louche nihilism.

I Hate Rock ‘n’ Roll – The Jesus And Mary Chain

Plenty of screeching guitars and ugly feedback here to assault the eardrums, plus lyrics insulting everyone from the BBC to MTV to their own fans. 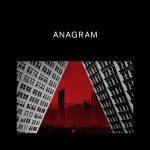 Listening to Anagram feels kinda like getting swarmed in an alleyway by a bunch of thugs. I mean that as a huge compliment. I LOVE these guys.

Cobain directs anger inward in a roiling cesspool of bitterness & self loathing.

And you? What songs help you to work out your frustrations and aggressions? Tell us about them in the comments…any suggestions are most welcome…

This entry was posted on Sunday, April 3rd, 2011 at 7:09 pm and posted in I Love Music. You can follow any responses to this entry through the RSS 2.0 feed.
« My Head Was Feeling Scared But My Heart Was Feeling Free
Rave Off »

4 responses to “Get Yr Rage On”