last night at the raveonettes show i was mostly confused, with intermittent phases of satisfaction. i was expecting and ready to drink in their sugary ramones-meets-jesus and mary chain surf rock libations, and instead got a whole lot of nervous, awkward goth. it was confusing, and the crowd was quiet — like we were at church or something. maybe this is what a sisters of mercy show is like, i don’t know, but i was not expecting to goth out — whatever that means. 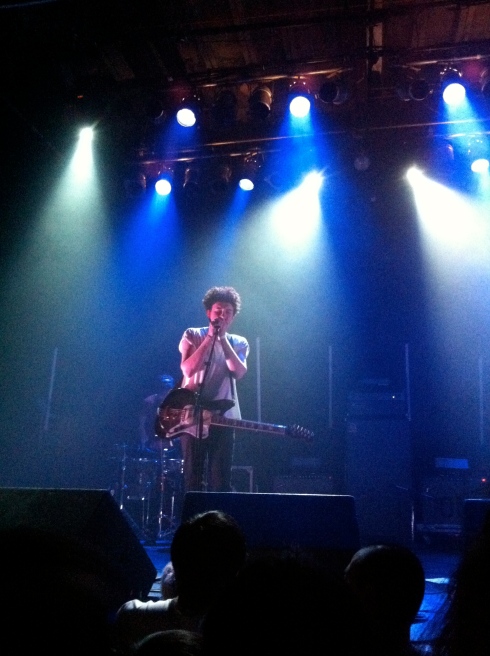 maybe at some point we can have a discussion about what a band owes their audience, what a fan should expect, and what is the contract between artist and fan. these thoughts were going through my head at the show — so i guess it made me think. i’m not sure though how much i want to think about social contracts at a rock show.

apart from the muted atmosphere, the show did have some high points, including an effectively stark stage design — and light sabers!

they played a couple of hits, including attack of the ghost riders which was amazing, like a buzzing sonic wall banging into me. there was even a duelling sonic guitar fencing match between sune rose wagner and sharin foo that was fantastic both musically and as musical theatre.

final thought: sometimes you go see a band and they throw you a curve. this was one of those nights.

next up: looking forward to the pixies at massey hall

This entry was posted on Wednesday, April 6th, 2011 at 3:27 am and tagged with goths, standoffish scandinavians, surf rock and posted in Live Music. You can follow any responses to this entry through the RSS 2.0 feed.
« Get Yr Rage On
Got Me Reelin’ »

2 responses to “Rave Off”